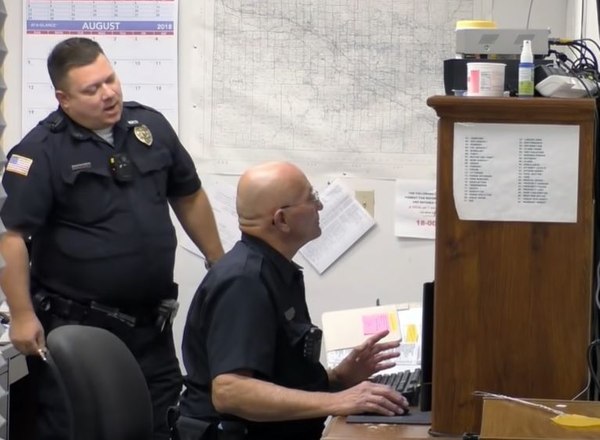 “If history repeats itself, and the unexpected always happens, how incapable must Man be of learning from experience!” — George Bernard Shaw

I like to challenge my point of view, the depth of my knowledge and my opinions. Echo chambers on social media and news sites are the critical thinking version of inbreeding: over time, the offspring grow frail and flawed. Edges don’t stay sharp without friction, intentionally applied.

Our culture is infamous for short memory and short attention span. We’re aghast at every turn of the news cycle, because this moment, this occasion must be the most startling and unforeseen event ever to happen – except, it’s not.

I love news filtered through history for its perspective and its balance. If you don’t understand where you are or how you got there, you can’t know where you need to go. And, if you never stop along the way, you’ll be an anxious, angry traveler.

These are a few of my most recent picks to challenge my understanding of the world I write about – past, present and fiction.

REALITIES OF REAL COPS, ON VIDEO

In 2019, Nebraska Public Media produced a stellar short program titled “Small Town Cops.” I don’t have high expectations of TV coverage of rural policing, so I admit I started watching this documentary with skepticism. Sure enough, it opened with sweet rural snapshots of overgrown weed wrangling and feral kitty control. Then it moved into the rest of the story: recruits at the state’s academy preparing for the real world of their own small departments, where there are no specialists and maybe no backup either, where one injured officer means a 25% staff reduction, and community policing is a way of life. NLETC instructor Brenda Urbank summarized the lesson saying, “One of the biggest killers of cops is apathy and complacency. It’s ‘it’s never happened here, so it’s never gonna happen here.’” Policing your neighbors is its own challenge. It’s possible to do it professionally and well.

What happens when an officer gets hurt in the line of duty? What happens in the aftermath of critical incidents? The public tends to get their information from TV shows and movies, where the good guy recovers by the next episode, cracking jokes during a briefing with his arm in a sling. The Wounded Blue is a nonprofit dedicated to peer support and legislative advocacy for officers dealing with the realities of on-the-job injuries, seen and unseen. In this documentary, the nonprofit teams up with award-winning producer and director Jason Harney (himself a retired LEO) to tell the stories of the “fight after the fight,” where too often cops are trained in everything right up to pulling the trigger and then abandoned to deal with the wreckage. Every officer, department head and legislator should have to watch it. Stream it on Amazon Prime for $2.99.

STRETCH YOURSELF, CHECK YOURSELF

When was the last time you really listened to someone whose opinions rub you the wrong way?  How often do you read magazine or news articles from a source that’s your personal polar opposite on purpose? The Coddling of the American Mind, by a First Amendment expert and a social psychologist, explains in detail how sheltered views make us all dumber and weaker. It’s okay to take offense; learn to tolerate the offense, deal with it, maybe rebut it, and move on, but don’t avoid it. It’s even better to find people you can disagree with, and keep talking with them anyway. This book challenged me to be intentional about seeking out sources that push me to overlook left/right in search of real/true instead. If I won’t set aside my biases to talk with and listen to people different from me, what chance do I have to change their minds?

RECENT HISTORY, ANALYSIS AND THE ROOTS OF NEWS

Not just a plant

I spent a good chunk of the past 20 years in California’s Emerald Triangle, where three northern mountain counties form the most productive cannabis-growing region in this hemisphere. “Hidden War” by retired California Department of Fish and Wildlife Lieutenant John Nores, Jr. tells the history of the pioneering multi-agency Marijuana Enforcement Team, and why it’s still necessary in this era of legal weed. Politics, trafficking, gun battles and egregious wildlife and environmental crimes impact the lives of the officers, their communities and California’s future. It’s a wild ride, and a good explainer for those in your life who complain, “But it’s just a plant.”

Cops in the crosshairs

Nominated for both a Pulitzer Prize and the National Book Award, The Terrorist Next Door: The Militia Movement and the Radical Right is an exhaustively researched book that unravels the tangled origins of a movement that, no matter who else they’re mad at, always manages to keep cops in the crosshairs. Don’t be put off by its girth: more than 120 pages of it are citations and footnotes.

Sovereign citizens and the related offshoots of that messed-up philosophy are responsible for the deaths and disabling of dozens of cops over the past 40 years. The names and the jargon change; the mayhem doesn’t. Tax protesters killed sheriffs and federal marshals in the 80s; Timothy McVeigh, who killed 168 people in Oklahoma City in the 90s, was arrested with a copy of the racist pulp novel “The Turner Diaries” in his car. In 2010, a father and son pair of sovereigns killed two officers in West Memphis, Arkansas. In 2012, sovereigns killed two Louisiana deputies and wounded two more. In 2017, a militant white supremacist and his son ambushed and killed a Montana deputy, their second violent, high profile interaction with law enforcement. The killers of officers in Baton Rouge in 2016, and in Orlando in 2017 both adhered to sovereign beliefs. These are just a few of the cases I can remember without Googling.

Where did this nuttery come from, anyway? How are these cases related, and why does it matter? “The Terrorist Next Door” answers those questions.

Time to unwind, whatever time your shift ends? One of my favorite escapes is the Joe Pickett series, by CJ Box. Joe Pickett is a Wyoming game warden, a flawed, earnest family man. He’s a good tracker, a bad shot and a thorn in his supervisor’s side, with a flair for wrecking work trucks and obeying his conscience to a fault. He has a hot wife; a vain, petty mother-in-law; and an old state-owned house full of daughters and not enough money. It’s a fun ride, filled with wildlife, suspense, sympathy and great character development over the 21 books in the series, so far.

NEXT: 6 strategies for leadership in everyday life