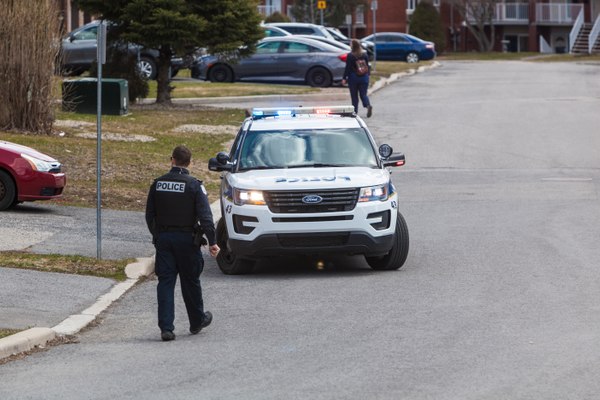 Retired Police Chief Rick Wall shared with me his unpublished research showing that in Los Angeles, 95% of the mentally ill individuals shot by police were on what they considered to be their own territory (home, apartment or patch of ground). This is regardless of whether the encounter was a justified use of force or not. I consider this to be one of the most important pieces of information concerning interactions between law enforcement and people suffering from mental illness.

Even with all the information out there, most people, including professionals, have little conception of how devastating mental illness can be. It is not just the hellish hallucinations, paranoia, crushing depression, or crippling post-traumatic stress. Their suffering may be so intense that people lose their ability to judge risk. They may be repeatedly victimized. Others may become aggressive or irrational, driving away family members and friends.

Consequently, many people suffering mental anguish find their lives pared away to mere existence. They may have lost jobs, homes, families, children and self-respect; their eyeglasses, cane, teeth and health. All they have left is one thing: their home. It makes no difference if it is a multiroom house or a sheet of cardboard and a plastic tarp. If that is all they have, an outsider’s presence, particularly uninvited, is a mortal threat.

A lot of police contacts start with a call of concern:

Among these examples are situations where the police have no legal authority to get involved. In others, they have some responsibility – to assess if there is a danger to the public – but nothing beyond that. As a police officer once asked me: “When there is no expressed threat to other people, are law enforcement the best people to knock uninvited on someone’s door?”

The best Intentions can lead to tragedy

There has been a number of cases where law enforcement officers have been attacked during a welfare check. Among these are calls concerning a suicidal person, where the individual attacks the police and is killed by officers when they defend themselves. In some such cases, it is clearly “suicide by cop.” In others, they see the officers as a threat.

Beyond that, the individual, due to their delusions, can misunderstand the officers’ presence. Even the best communicators can have a situation go wrong for no discernible reason.

Consider this scenario: Officers are checking the welfare of a mother who lives with her two small children. The children are clean and well-fed. They appear happy. The mother suddenly explodes in rage. She picks up a plate and throws it against the wall, nowhere near the officers or her children. The officers attempt to calm her – they have taken state-of-the-art training on tactical communication. She screams, “Get out of my house. I’ll clean up the f***king plate, and me and the kids will watch cartoons. But if you stay, I swear on the lives of my kids, there will be blood on the walls!” Should the officers leave? It would be one thing if she were alone, but would you encourage the officers to leave or stay?

Who should be checking?

People have the right to refuse to see a doctor, go to a hospital, take their medications, call home, lock their doors, eat healthy food and any one of a number of other actions some of us might deem imprudent.

Unless there is a danger of violence, police should not be the first option for a welfare check. The first option should be friends or family. If the person refuses help, then family and friends should continue to be the option.

Under specific circumstances, mental health outreach workers, adult protective services and, sometimes, child protective services should check on people. And here too, unless there is a threat of violence, they should return again if refused on the first attempt. If the person is likely neither a threat to themselves nor others, we need to leave them alone at some point.

It is essential that mental health professionals be trained in threat assessment skills. Unseasoned professionals can have an illusion that any aggression, be the person mentally ill or not, must be due to some heavy-handed or oppressive action on the part of the intervenor, particularly police. They are shocked when the person they are trying to help responds with obscenities, racist or sexist language and/or intimidating behaviors. Law enforcement officers frequently have stories of social services personnel who call law enforcement to deal with non-compliant, verbally aggressive and physically posturing individuals, who are not – definitely not – presenting danger.

The public must be informed that it is not the police’s function to stop a potential suicide by breaking into their residence to save them. If others are not at risk, the courts have repeatedly found that officers should not force contact. In many cases, the suicidal person is very similar to a hostage-taker; however, they have taken themselves hostage. Therefore, there should be the use of hostage/crisis negotiation teams, CIT (crisis intervention team) officers or MHCR (mental health co-responders) to make contact by phone to try to convince them to accept help. However, if they refuse, there should not be an active police response to “save the person from themselves.”

Chief Wall’s insight should be emblazoned in the consciousness of every officer asked to go on a welfare check. Officers should maintain awareness that, despite one’s best intentions, any uninvited entry into a person’s home or onto their property – however they define it – could be seen as a mortal threat. You either threaten to jeopardize the continued residence in their home (which, again, might be a shopping cart or piece of cardboard) or in a more abstract but equally potent way, your presence is a violation of the only thing that person has.

So what should you do? First, your agency needs to have clear policy directives concerning when the right to privacy should be superseded. Law enforcement leaders need to review current case law and give explicit direction to their officers concerning when the best action is simply to leave people alone. Training and policy in this issue must not be ‘liability centric’ (e.g., “We’ll get sued unless we …”) Rather, they should emphasize situational awareness, actual case law and what is in the best interest of the individual of concern, given what are often poor options.

When officers enter a person’s residence, they should, whenever possible, frame themselves as guests in another’s territory. For example, if the officers are aware that it is a “no shoes” house, inform the homeowner that policy requires that they keep their footwear on, and express regret that, nonetheless, circumstances demand that they enter. In other words, be polite and respectful.

Local crisis lines should publicly announce their availability to consult with members of the public as well as professionals, offering assessment and advise who best should do a welfare check. 9-1-1 should have the option to steer callers to mental health services rather than a required first responder call-out when the check-the-welfare call does not concern someone who is threatening to harm themselves or others.

Welfare checks can be complex and drawn out, so take time to decide on the best option. Table-top exercises or even “take-home” scenarios can be an excellent way to accomplish training objectives. This requires training specific to welfare checks, particularly ambiguous situations, which require a thoughtful decision. For example, “Ethan has a history of confrontation with social service and police personnel in past visits to his home. His parents have called, saying that he is talking about suicide, and he hasn’t taken his medications for a few weeks. Discuss options for police, given the resources you have available.”

Welfare checks often involve subjects threatening suicide. Training must also consider these types of high-risk situations. Even if there is no weapon present, some suicidal people may hope to draw police to use force (i.e., suicide by cop). In such cases, they will almost inevitably threaten to harm others. Again, these aren’t easy situations to navigate, so training is essential.

The bottom line: In any welfare check situation at a person’s home, your default assumption should be that your presence will be regarded as intrusive and possibly dangerous. Therefore, the subject whose welfare is in question must be approached with both tact and caution. If the officers’ presence is unwanted and unwarranted, it’s often best, for everyone’s safety, for those officers to leave.

NEXT: State your case: Should law enforcement respond to mental health crisis calls?

Over the past several months, we’ve focused on many important leadership principles. In public safety, however, no leadership discussion is complete without addressing how to…