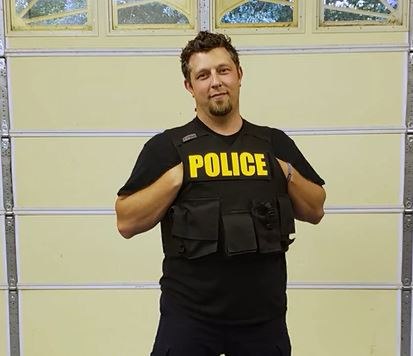 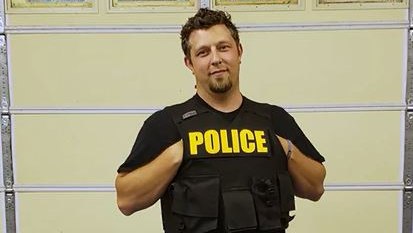 Did you ever wonder why Napoleon and other leaders were pictured with one hand in their jacket or vest? Well, it was not for comfort so to speak but was more a gesture of non-threatening calmness and leadership. The practice of concealing one hand has its roots in ancient Greek culture where it was appropriate to keep your hands lowered or concealed when speaking with others. Today with the advent of the load-bearing outer vest, many officers tend to rest or conceal their hands in or on their outer vest during non-threatening encounters, and while doing so may be comfortable and look less intimidating, the reality is that where the hands are placed can make a great difference when blocking or parrying an unexpected frontal attack.

Typically, there are three places officers tend to rest their hands:

Which do you think is the safest? The video below shows how the reaction time from each position is different.

The reaction times and ability to block or parry are significantly better in position 1. Also, in position 1 the elbows are close to the body and are in a better position to protect the officer’s centerline, weapons/equipment on the vest, and their sidearm. So, in that respect placement of the hands in position 1 may very well be an unexpected benefit of wearing a load-bearing outer vest, with the hands and arms in a good position to react to a frontal attack.

In the video segments, the approximate distance between the officer and an attacker is about one and a half to two arm’s lengths. That is the usual distance often taught to officers during non-threatening encounters.

In conclusion, it is likely officers will rest their hands on or about their vests during non-threatening encounters. So, having that in mind, resting or placing the hands in the right position can make a great difference in responding to an unexpected frontal attack. What are your thoughts? Email [email protected].

Sponsored by VirTra By Mike Knetzger for Police1 BrandFocus Calls for law enforcement reform are louder than they have ever been. The public demands more…

NYPD Officer Ronald Kennedy was videoed using a Lays potato chip bag and tape, provided by a bystander, to save the life of a man…

I’ve written a few pieces recently on items cops can purchase that are worth every penny for patrol officers and SWAT folks. There isn’t much…