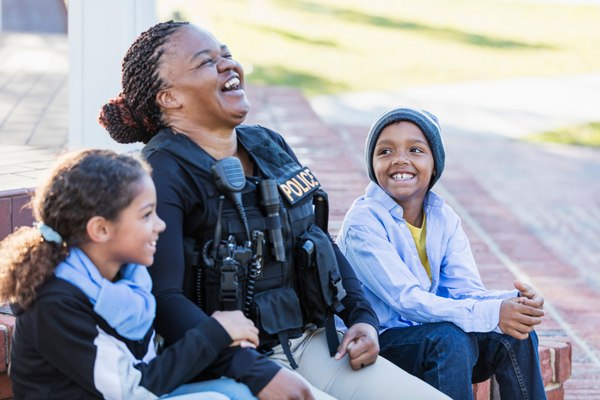 Police salaries are important to think about if you’re considering a career in law enforcement.

Police salaries vary according to the location and the governmental agency for which officers work, but overall pay is generally average to slightly above average than it is for most jobs in the U.S.

You should begin by investigating police salaries for the agencies in the various localities where you would like to serve.

What is the Average police salary?

Fish and game officers, which are mostly employed at the state level, averaged $58,040 annually. Transit and railroad police came in at a median rate of $72,580.

While the average patrol officer earned $65,540, detectives and criminal investigators brought home around $86,940 per year.

By comparison, the median wages for all occupations in the United States was $41,950.

How much money do Federal police officers make?

Federal special agents for the FBI and other investigative agencies averaged $92,080. Federal agents receive special Law Enforcement Availability Pay (LEAP) and locality pay that varies with the geographic area where the agent is assigned. LEAP generally adds 25% to the agent’s base pay, and locality pay can add 16% to 25%.

What do Police supervisors earn?

Police salaries increase with promotion and officers usually become eligible to move up anywhere from six months to three years after entering the force.

In bigger police departments, officers often move up to detective work or other specialties that rate a higher pay grade. Getting promoted to the higher positions of sergeant, lieutenant, or captain involves moving up the ranks one rank at a time.

Federal police receive much more generous health insurance and pension benefits than any other law enforcement personnel. Police officers usually work on holidays and have the option of receiving extra time off credits or overtime pay on those days. There may be other incentive compensation for fluency in a foreign language, holding an associate, bachelor’s, or master’s degree, and attainment of special training certificates.

Detectives in particular earn significant amounts in overtime pay because of the extended hours they work. Uniformed patrol officers earn overtime pay for cases that require working past their usual off-duty time and for appearing to testify in court.

Other benefits that should be taken into account with police salaries are whether or not the agency will pay for additional training and coursework if officers want to go back to school and further their education in law enforcement work.

Police salaries are expected to grow at 5%, faster than most other occupations. As of 2020, there were 813,500 jobs in law enforcement in the U.S. Roughly 80% of those jobs were with local governments. State police agencies employed about 11%. Most police jobs are in cities with populations over 25,000. Small towns usually have less than 25 police officers.

This article, originally published October 2011, has been updated.