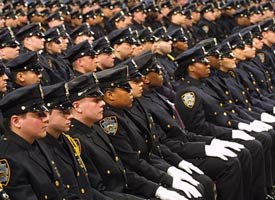 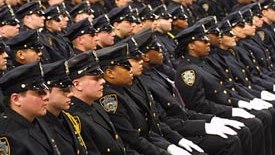 NEW YORK — The NYPD will be issuing new recruits a pistol with a lighter trigger pull to improve accuracy, according to the New York Daily News.

“We’re building (recruits) up from scratch, so to speak,” said Insp. Marlon Larin, who runs the department’s Firearms & Tactics section, to the Daily News. “As we’re training them we’re assessing them and we can also follow them throughout their careers. We didn’t want to go so large. We know this is a very sensitive topic and we wanted to phase it in slowly.”

Activists have voiced concern, saying it doesn’t make sense to give new officers a weapon that is easier to fire.

“It’s making the weapon more deadly for more people,” said Randolph McLaughlin, a lawyer who represented the family of a Harlem man killed by police in 2012. “I think at a time when we’re questioning the discharging of weapons by police, when we’re providing officers non-lethal force devices, such as TASERs, why would you want to make it easier for cops to shoot people?”

Other police agencies have introduced a lighter pull in recent years to reported success. The Suffolk County Police commissioner says the department has seen improved accuracy with no increase in accidental discharges, according to the report.

NEXT: How to buy firearms (eBook)