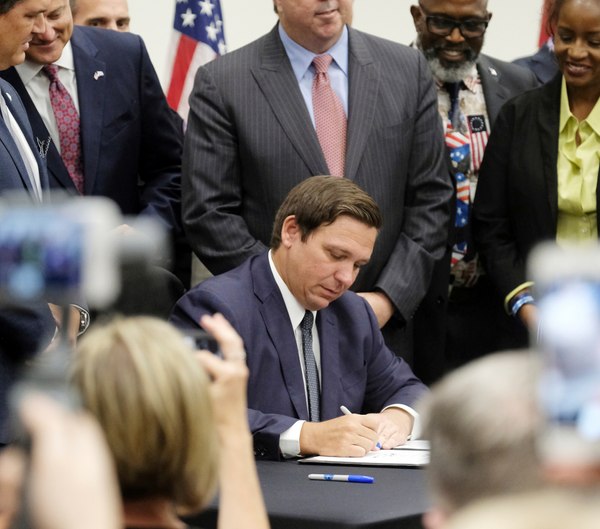 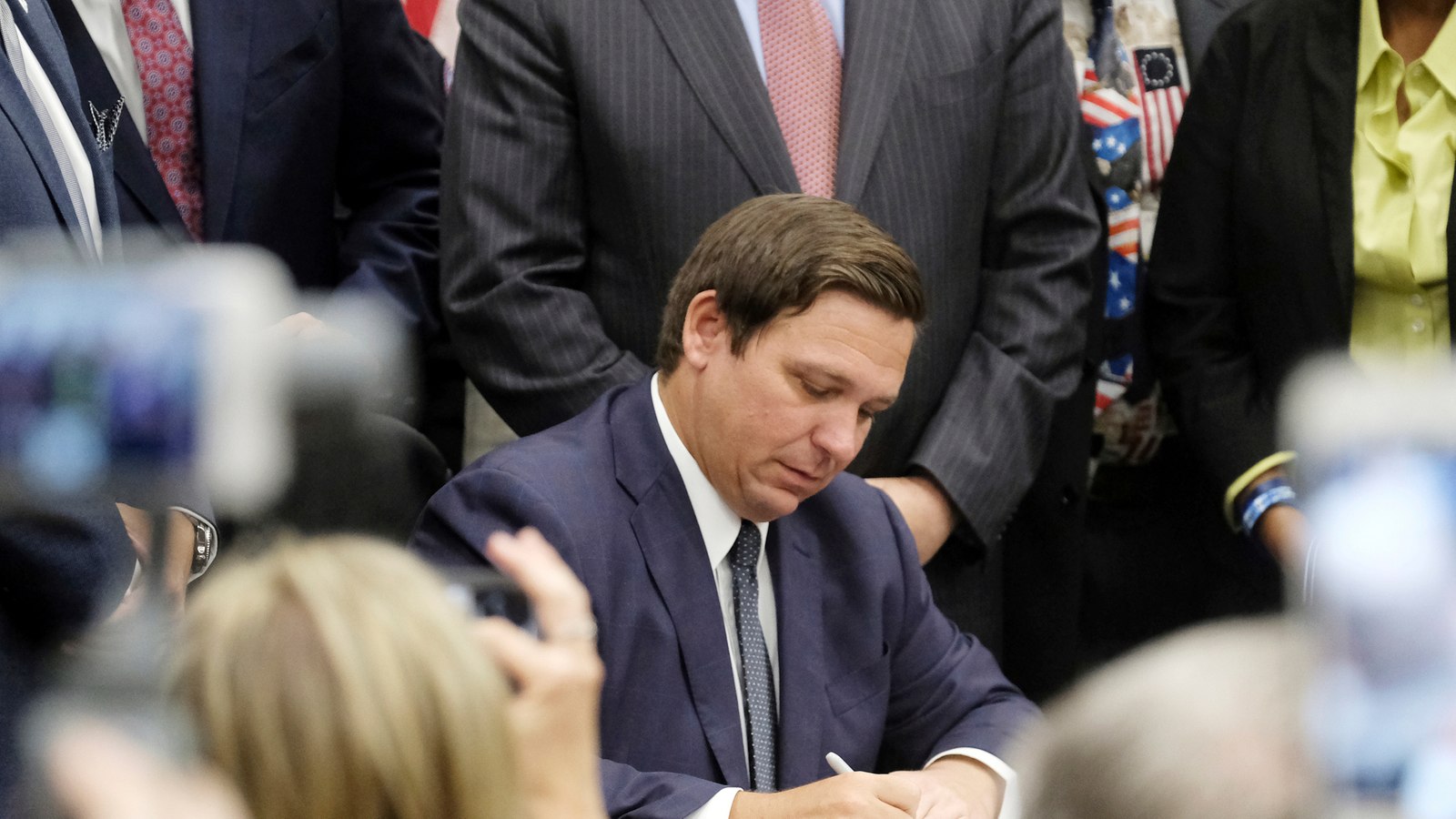 TALLAHASSEE, Fla. — Gov. Ron DeSantis signed a bill into law late Tuesday night setting standards for police conduct but also banning the arrest of children under 7 for non-violent offenses, a provision inspired by the arrest of an Orlando girl that garnered nationwide interest and outrage.

Sen. Randolph Bracy, D- Orlando, had pushed for the ban since late 2019, when Kaia Rolle was arrested after she kicked and punched teachers during a tantrum at the Lucius and Emma Nixon Academy School in Orlando.

The video of the arrest of the 6-year-old Rolle, featuring her hands in zip ties because handcuffs wouldn’t fit her, became public in February 2020. Bracy’s bill, which hadn’t received a hearing to that point, then gained traction. But it ultimately failed to pass during the 2020 session amid a disagreement between House and Senate leaders over other parts of a larger school safety bill it was inserted into.

The ban on arrests of children under 7 only applies to non-forcible felonies, so arrests for assault, murder, manslaughter, robbery are still allowed.

The provision is part of HB 7051, which creates minimum training standards for the use of chokeholds, the use of force and de-escalation tactics, as well as the duty to intervene when another officer uses excessive force. Applicants for police jobs will now have to disclose whether they have a pending investigation against them or if they resigned from a prior law enforcement position.

Police agencies will now be required to have an outside agency investigate possible instances of excessive force, and issue an independent report. Data on excessive use of force incidents will also be required to be collected by police agencies, starting Thursday, when the new law takes effect.

Bracy and other advocates for police reform believe the bill doesn’t go far enough, since it doesn’t outline any punishment for officers who use excessive force. But he called it a “good first step,” and acknowledged that more aggressive reforms were unlikely to pass the GOP-controlled Legislature.

“Law enforcement officers who violate their oath to protect and serve must be held accountable for their actions,” Bracy said in a released statement. “My legislation offers pragmatic solutions to create meaningful change in police departments statewide. It is a good first step towards ensuring transparency and accountability in policing.”

Some criminal justice reform advocates, though, are still disappointed with DeSantis’ actions on bills this year.

HB 7051 was one of 94 bills he signed late Tuesday, the last batch of bills passed by the Legislature this year that DeSantis needed to act on by Thursday, the start of the new fiscal year, when most bills take effect.

He vetoed four other bills, including SB 274, which would have expanded a program that allows juveniles who commit misdemeanors to have their records expunged after completing a diversion program. The bill would have allowed minors who committed a felony to have their record expunged as well. A separate bill, SB 166, creating a public records exemption to go along with SB 274, was vetoed, too. The bills were passed unanimously by the Legislature.

“I have concerns that the unfettered ability to expunge serious felonies, including sexual battery, from a juvenile’s record may have negative impacts on public safety,” DeSantis wrote in his veto transmittal letter.

“Governor DeSantis chose to ignore the will of both parties and veto this common-sense legislation,” Carrie Boyd, policy director for the Southern Poverty Law Center Action Fund. “It serves no purpose to have children go into adulthood with criminal records if they can successfully complete diversion programs. We hope Governor DeSantis and future leaders come to recognize the mistake of this veto.”