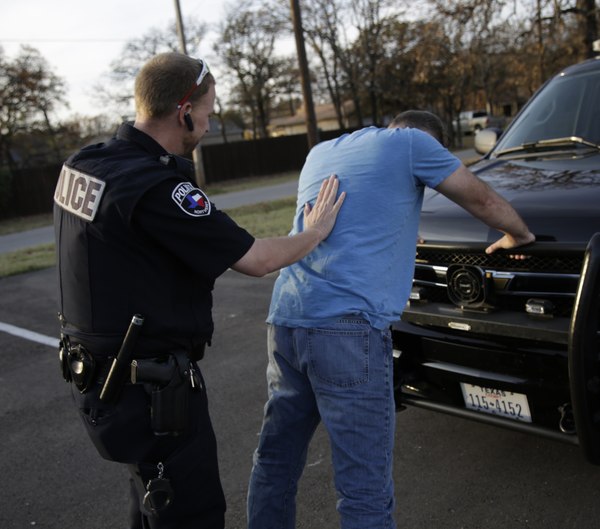 This article originally appeared in The Chief’s Chronicle; New York State Association of Chiefs of Police. Reprinted with permission.

Over the last year the concept of the duty to intercede (also known as duty to intervene) has acquired greater prominence among law enforcement leaders, the media and advocacy groups. Although the duty to intercede has been legally required for decades, in many law enforcement agencies it has been misunderstood and, in some cases, completely ignored, without even a glancing reference in policy. It is, however, of critical importance for leaders and members to embrace and build this doctrine into their organizational culture.

Gordon Graham, the co-founder of Lexipol and a public safety risk management expert, has long identified five pillars of organizational risk management: People, Policy, Training, Supervision and Discipline. Whenever there is a bad result or tragedy, a leader needs to look introspectively at these pillars to determine the root cause – not just the proximate cause – of an incident. As Gordon notes, identifying root causes is critical for preventing future tragedies because it identifies problems “lying in wait” and the steps needed to properly prepare officers to do their jobs and prevent future tragedies.

The duty to intercede is often viewed in isolation as merely a legal requirement that obliges one officer to prevent or report another officer’s use of excessive force. Failure to adhere to this duty can lead to civil liability for the agency and the officer, in addition to possible criminal charges. But leaders should embrace the legal requirement more expansively and integrate it with the five pillars root cause analysis. In other words, what created the need for intervention? And if an officer failed to intercede when they should have, why didn’t they act?

To view the duty as something to be used only in the moment – when an officer is actively using what appears to be excessive force – is to ignore the root cause of why or how the officer ended up in that position. Was the organizational culture lacking to prevent or stop the behavior? Did supervisors fail to recognize and identify those officers who were potential problems “lying in wait?” Did the agency’s training program and disciplinary system fail to prepare officers and correct those who need correction?

Law enforcement leaders must adopt a more holistic approach to the duty to intercede. After a brief explanation of the law, this article uses two recent events to further explore the full potential of embracing and expanding the underlying concept of duty to intercede in your organizational culture.

In Figueroa v. Mazza, the U.S. Court of Appeals for the 2nd Circuit stated the duty to intercede: “A police officer is under a duty to intercede and prevent fellow officers from subjecting a citizen to excessive force and may be held liable for his failure to do so if he observes the use of force and has sufficient time to act to prevent it.”[1] In this and rulings from other Circuits, consistent elements of the duty include that the intervening officer must know the force was excessive, he/she must have a realistic opportunity (time) to stop or prevent any harm from occurring, and the failure to act must cause a person to be harmed.[2]

Lexipol has embraced the duty to intercede in policy since the company was started. Consistent with law, the Lexipol use of force policy requires any officer to intercede when observing another member using force that is clearly beyond that which is objectively reasonable under the circumstances, when in a position to do so. If they cannot act for whatever reason, they must report the force.

The legal duty to intercede creates a foundation, but from an organizational culture perspective, the duty must be far more expansive. This is not to suggest that agencies create a higher legal standard. Instead, the purpose is to use the underlying concepts and reasons for the duty to intercede as a management tool to help mitigate risk to the public and your members.

Two separate and recent events from Colorado and Florida demonstrate how organizations need systems in place to prepare officers to intervene and to identify possible problem officers well before they use excessive force on a person.

In Colorado, two officers responded to a trespass complaint and located three male suspects on the property. After initial interviews, the officers determined the men were all wanted on outstanding warrants. When the officers attempted to take the men in custody, two fled while the third remained. Body camera footage from both officers provides a disturbing depiction of one officer’s actions. The officer placed his gun against the man’s head and threatened to shoot him. He also pistol-whipped the man multiple times, causing lacerations and large bruises to appear on the man’s head and face. The whole time the officer was screaming repetitive commands. The other officer did not appear to be actively participating but also did not appear to attempt to intervene.

Both officers were criminally charged – the backup officer for failing to intervene – and the primary officer then resigned. But did the backup officer have enough information available to her to require her to intervene? While the video footage is not a complete depiction of the incident, there are some obvious factors that could lead a reasonable police officer to believe the force being used by the first officer was clearly beyond that which is objectively reasonable.

First, the primary officer yelling repetitive commands is indicative of an officer who is making decisions based on emotions and adrenaline, rather than reason. While the man was verbally protesting the arrest, his resistance was passive. The officer reacting to passive resistance in such a heightened state of anger and emotional arousal is disturbing. No officer is, nor should ever be, trained to put their gun directly against a person’s head and threaten to shoot them, let alone pistol-whip them. In addition, the officer – with his gun still out and pointing at the man – places his hand around the man’s neck, apparently choking him for a prolonged period.

Based on all this, the second officer could have reasonably perceived the force being used was completely contrary to training and proper tactics and was excessive, which should have led her to at least attempt to intervene.

It is easy for leaders to blame the two officers for their individual actions, or inactions, and impose discipline and criminal charges on them. But is that enough? Contemporary leaders must look long and hard at their agency culture and all aspects of operations, including the Five Pillars. The goal of such organizational introspection is to determine whether there is an underlying organizational problem. In this case, were warning signs about the primary officer ignored by supervisors? In other words, is there someone in their agency that said or could say, “It was just a matter of time before that guy did something like this?” If so, this is an organizational failure in the supervision and discipline pillars.

As to the backup officer’s actions, was the duty to intervene policy adequate? Was it sufficiently trained on and reinforced? Did the organization’s culture support her ability to intervene, or would she be in fear of retribution from other officers? My hope is these questions are all being asked right now – but not just in the agency these officers worked for. All police leaders should be asking these questions about their own people and culture. What if one of our officers “lost it?” Would another officer step in? Do we have “that guy” in our agency? Without determining the root cause of both issues – the primary officer’s violent and excessive response and the backup officer’s failure to act – it may happen again.

In Florida, former deputy Zachary Webster was recently convicted and sentenced to over 12 years in jail for planting evidence on numerous persons during traffic stops. From 2016 to 2018, Webster made hundreds of drug-related arrests from stops for routine violations. A prosecutor became suspicious because body-worn camera footage from some of the stops was inconsistent with the paperwork Webster filed. A review of some of the video showed drugs in Webster’s hand before he even started the search; then the drugs would magically appear somewhere in a vehicle. The prosecutor alerted the sheriff’s office, who in turn notified the Florida Department of Law Enforcement, which conducted the investigation. A search of Webster’s vehicle revealed a substantial quantity of controlled substances, similar to those he “found” in the vehicles. Webster was arrested and prosecuted; over 120 of his arrests were thrown out, with many more under additional review.

This behavior is disgusting and an egregious violation of the officer’s duty and the public trust. Innocent people were arrested and had their lives turned upside down. At first glance, this doesn’t seem like a duty to intercede issue; Webster acted alone when planting the drug evidence. However, it is a clear example of how the duty should be viewed more expansively: Could or should the agency have been able to identify this behavior and intervene preventively?

A significant concern here is that the agency did not discover the problem. Instead, the behavior was only discovered because a prosecutor took the time to review the cases. A new officer making hundreds of drug arrests over two years apparently raised no flags with no internal reviews or safeguards in place to prevent or stop such actions. The questions leaders of this agency need to ask include, why did it take a prosecutor to identify this troubling pattern? Why didn’t first-line supervisors realize the potential of a new officer making hundreds of arrests in a short time under similar circumstances – and intervene? Were other deputies concerned about his behavior and, if so, was it the organizational culture that prevented them from coming forward? Were any audits of the body camera footage reviewed by supervisors?

Developing and implementing a more expansive version of the duty to intercede and integrating a root cause analysis will take effort and time. Policing is complex and there is no way to prevent all possible failures. There are, however, some basic actions agencies can consider adopting:

Every law enforcement officer must uphold the duty to intercede. But as law enforcement leaders, we are selling our members and our communities short if that is where our embrace of the duty ends. It is equally critical that we instill the duty to intercede as a core organizational value, not in a punitive or reactionary way, but in a way that acknowledges the limits of human performance under stress and encourages – indeed, requires – officers to watch out for one another and act to prevent violations of constitutional rights.

2. It is not the purpose of this article to provide a comprehensive legal analysis of the duty to intercede as different jurisdictions may have different required elements. Only general principles are presented here. Some states have codified the duty into their respective penal codes.

NEXT: Learn how agencies can weave the duty to intercede throughout their policies and training

By Jason Williams and Brian G. Anderson Tourniquets have become standard equipment for most members of law enforcement and have proven to be an important…

Red dot sights, RDS, or “optics” are some of the hottest products in town. First used in competition, they are starting to show up on many…

By Brandon Griffith and Tim Freund Hemorrhage from traumatic injuries is a leading cause of preventable death in the United States. The National Trauma Institute estimates…